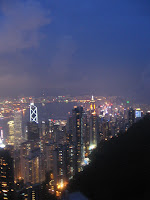 On June 12-13, I participated in the Age of Digital Convergence conference organized by Peter Yu in conjunction with, and hosted by, Hong Kong University. My talk was on "Copyright and the Role of Machines in Cultural Production." I briefly look at issues concerning the roles of machines as reading tools and authoring tools. Machines as readers has greater impact on copyright practices than on the interpretation of copyright law as such.

As a matter of practice, copyright owners are, or should be, increasingly aware of machines as the immediate audience for their works. These machines may be acting as discoverers, filters, organizers, translators, etc. Machines need rules to perform these functions, and digital works need to be marked up or formatted consistently with the rules used by these machines. In the open access context, the big lost opportunity is that most scholarship is not being published in a manner that enables machines readers to fully assist researchers. 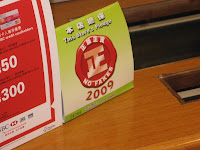 Machines as authoring tools raise a host of interesting legal questions. I use the case of David Cope as an example. His Experiments in Musical Intelligence software composes music in the style of famous classical composers. WNYC has a nice interview with him, in which he explains how EMI works and the kinds of reactions he receives when audiences who find themselves emotionally moved by live performance of the composition learn that it is the produce of Cope's algorithm.

Ultimately, the computer is just a tool with which we extend our minds. The music our algorithms compose are (sic) as much ours as the music created by the greatest of our personal human inspirations.

Well, "ours" in what sense? As a matter of copyright law, it is not at all clear that Cope is the legal author of the music that results from the operation of his software. There are four choices concerning copyright ownership of the outputs of an authoring tool:

Tool designers can influence the outcome by running multiple permutations and fixing these in a tangible medium (digital storage).
Posted by Michael W. Carroll at 11:35 AM